When you want to watch BBC iPlayer in Australia you will be met with the sign “BBC iPlayer only works in the UK sorry, it’s due to rights issues”.

This is due to the application and website of the BBC being geographically locked to only allow traffic to those who are presenting a UK IP address. You can fortunately get around this if you have a UK VPN running on your device*. A UK VPN will switch your Australian IP address with one of the united kingdom. This is due to the way that VPN technology works, by sending your internet traffic via a VPN server that is located in the united kingdom, giving you an IP address when you could be anywhere in the world.

This technology will work with all other UK TV apps such as ITV hub and all4. In addition to UK TV, if you switch to a USA based VPN server, all American TV content will start to work also. This is something that millions have people have used over the years to watch BBC, ITV and even us Netflix content when anywhere in the world.

Watching UK TV content in Australia has always been a popular pursuit as the vast majority of those living in the country descend from British stock. There are also roughly 1.6 million British passport holders in Australia at any one time and so there will always be a need for all things Anglophilic. Australia TV is generally considered to be awful, low budget and well if you have sunshine and beaches, why would you focus on producing great TV content?

UK TV is a channel that has been operating in Australia for many years and servers up plenty of British made TV content, however this is often pretty dated. If you want to watch only fools or Alf Garnett reruns from 30-40 years ago then UK TV channel is the way to go, if you want to watch recent (and decent) British TV content then you are probably best looking at other solutions.

A few years ago there was a global version of the BBC iPlayer which was available in Australia for a fee, however for some reason this was pulled and without much of an explanation. 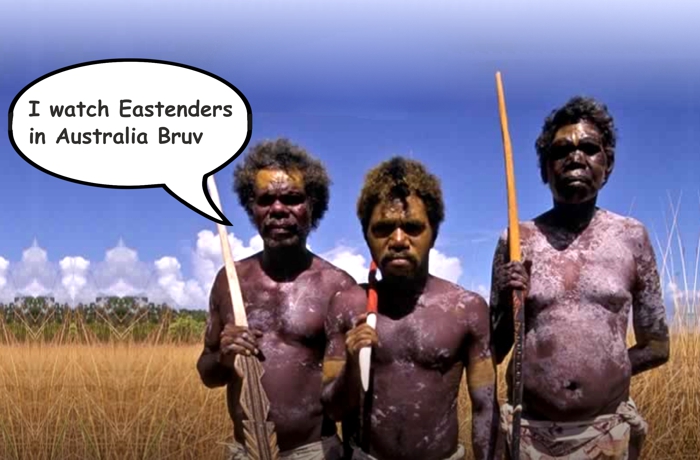 Netflix au has a healthy amount of UK made content on it, however this will always be small in comparison to BBC iPlayer and ITV hub’s content back in the UK.

VPN usage has changed in recent years though, as less people are using it for just watching TV apps from abroad, but are using in for general security and anonymity. If you are backpacking around Australia using that terrible global gossip pad Wi-Fi service, then you really should be covering yourself with a VPN. If you are in a hostel with 100 other people using the same Wi-Fi network, then you have 100 potential hackers that can sniff out your data packets and start to steal from you. This may be slightly on the paranoid side, but there is some real truth to it. Also as well if you are back home and paying the bills for internet, then do you really want your ISP to see your browsing and downloading habits? Not that downloading music and movies is much of a thing now due to streaming, but you really do not want to get caught downloading an MP3 file or an AVI movie file. When you do so when connected to a VPN ,not only can your local ISP not see what you are up to online, but neither can your local government authority either.

All in all using a vpn to watch some back home telly when travelling and getting some security and anonymity in the process really is worth it. If you want to give our VPN a go, click free trial and it will connect for 5 minute sessions for 48 hours just to give you a feel of exactly what it can open up for you.

Many of our customers end up going with a yearly as it works out 20% cheaper and for a few pounds per month via PayPal can give you access to a VPN account on all of your devices when anywhere in the world. You can also run 3x devices simultaneous without issue, perfect for all of the family to use at once. We also make sure that we never cap over over stack our servers, so that you can run HD content all month long without ever running into data caps running out or buffering being an issue.